One of my early childhood memories was talking to my father about the presidential election. It must have been 1956, when Eisenhower and Nixon ran for re-election, because I was only a year old in 1952. An airplane had dropped balloons and flyers down on our Long Island neighborhood. I think I told Dad I’d vote for President Eisenhower. Of course, I couldn’t vote then.

By the time I first registered to vote, the required age had dropped from 21 to 18. The U.S. Constitution, the basis of our rule of law, gives U.S. citizens the right to vote. (I acknowledge there have been times when citizens have been prevented from voting, and I’m sorry for that.) I looked forward to registering, and I still take the right to vote seriously.

Voting for elected officials is a right and a responsibility. Voting in an election is a way for our voices, as citizens, to be heard. If we are not willing to take the time to learn about the candidates and to go to our polling places to cast our votes, or to send in an absentee ballot when there is a valid reason to do so, what right do we have to gripe and complain? Each person’s vote counts. 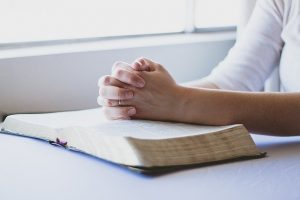 I’ve prayed about this election. Romans 13: reminds us that “the authorities that exist are appointed by God.” God is sovereign and in control. The psalmist wrote in Psalm 21:1 “The king’s heart is in the hand of the Lord, Like the rivers of water; He turns it wherever He wishes.” Ultimately, each elected official is responsible to God. I can’t explain why God allows corrupt people to take office; I don’t know. But I believe that, as God has allowed us to have a form of government that gives us a say in election results, we should fulfill our responsibility by voting.

I’m deeply troubled by the division and turmoil in the United States. I think it’s time for a spiritual revival in our country, beginning with believers in Jesus Christ. We are to be the salt and light, salt to fight evil and light to show the way to Jesus Christ. (Matthew 5:13-16)