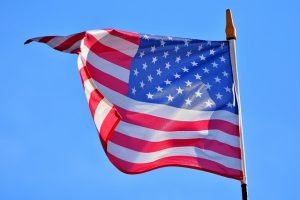 Unless I have  a personal reason to remember a person or an event, it’s easy to forget. People and events from the past are often crowded out in my mind by life now. With each generation, details of history are dropped from history books to be replaced by more current events.

Sometimes the details of recorded history are purposely changed  or purposely twisted to hide the truth, to manipulate the hearts and minds of vulnerable people.

May 30 used to be the day we celebrated Memorial Day. No matter what day of the week, we had our parades and ceremonies of remembrance. (If it fell on Sunday, we celebrated on Monday.)

Never forget the many who have gone before us, or who are present with us, willing to live for what they believe in, or die when it becomes necessary to stand against evil.

“There will be wars and rumors of wars, and nation shall rise up against nation.”

From the first immigrants, to the Minutemen, the American War for Independence, the War of 1812, the Civil War, the First and Second World Wars, the Korean and Vietnam Conflicts, Desert Storm, Kosovo, Iraq, the continuing war against terror– sometimes the purposes and goals are clear, sometimes cloudy and hard to grasp. Sometimes its a fight against outright evil and aggression, sometimes another man’s war.

American soldiers, sailors, fliers, men and women, have sacrificed much. Some have fought and lived, others have fought and died, some giving support from command posts, or treating the sick and wounded on the field or in hospitals.

They have served and allowed us “life, liberty, and the pursuit of happiness.”

This is a day to remember. Let us never forget.